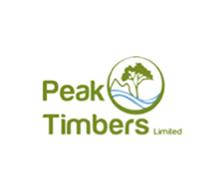 The land on which Peak Timbers operates is leased from the Swazi government. The Company, through a network of local contractors, draws labour from many parts of Swaziland. But it is the surrounding communities that are the most directly affected by, and who mostly affect, its operations.

Following the success of the KVTC engagement, Peak Timbers engaged COVOX to help it develop clear performance metrics for managing and improving its impacts on relationships and its relationships with those groups whose attitudes and behaviors are critical to success.

COVOX worked closely with the owner (Global Environment Fund) and Peak Timbers management to design and conduct three independent surveys in 2013 similar to those conducted at KVTC, but adapted to local conditions.
•    The surrounding community (300 households)
•    Contract workers of labour contractors who live in company villages on the estate
•    Contract service providers.

The surveys confirmed what many in the company expected: that community and worker perceptions of the company are low. Yet they also confirmed a strong vein of good will that is strained by a high level of misperception and misunderstanding among the three stakeholder groups.

The results provided Peak Timbers with a baseline set of perceptual data from which to develop new relationship management strategies and measure the effectiveness of these over time. By incorporating a simple asset-based poverty scorecard, Peak Timbers can track its contribution to reducing household poverty in its neighbouring communities. Key risk-predictive indicators were also identified.

COVOX has helped management think about the data internally and how to report back to stakeholder groups. Peak now monitors the risk-predictive indicators and effectiveness of new community engagement efforts through light touch and continuous feedback using Constituent Voice™.